Have Our Articles Delivered Right To Your Inbox 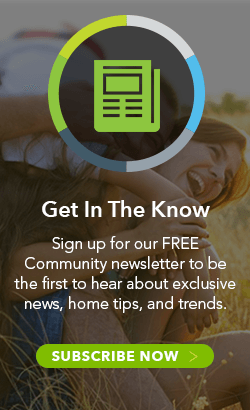 Federal Party Platforms on Housing For The 2019 Election

With the federal election this coming Monday, October 21st, so we’ve put together some information on the campaign promises that each major party has made regarding housing.

Much of the discussion has centered on two issues: the creation of more affordable housing and the recently imposed mortgage “stress test”.

These policies were accurate and up to date at the time of writing.

The Liberals have a $55-billion plan to build 100,000 affordable homes by 2030. Part of this plan is their first-time home-buyer subsidies, (which we discussed in a previous post) launched earlier this year.

The Liberals would also loosen the restrictions on the first-time home-buyer subsidies in more expensive markets (Toronto, Victoria, Vancouver) and increase the amount first-time buyers can withdraw from their RRSPs to $35,000 from $25,000 in budget 2019.

To further address the challenges in more expensive markets, the Liberals plan to impose a one per cent annual tax on residential properties owned by individuals who are not Canadian and do not live in Canada.

Finally, in order to support sustainability in the housing market, the Liberals would offer an interest-free loan of up to $40,000 to homeowners and landlords that retrofit their homes to make them more resilient to extreme weather. This would be combined with a Net Zero Homes Grant of up to $5,000 for people who buy new homes that are certified zero-emissions.

Andrew Sheer and the Conservatives promise to ease regulations that are preventing Canadians from becoming home owners. This includes raising the amortization rate for CMHC-backed mortgages back to 30 years and reviewing the mortgage “stress test” for first-time buyers.

The Conservatives have also promised a green homes tax credit for up to $20,000 spent over two years to pay for energy-saving renovations.

Finally, the Conservatives have promised to launch an inquiry into money laundering in real estate in an attempt to eliminate corrupt practices that inflate housing prices.

Their affordable housing plan includes adding $5 billion to spending on affordable housing in their first 18 months in office; setting up “fast-start” funds available to communities to kickstart construction of co-ops, social, and non-profit housing; and invest $40 million over four years in the Shelter Enhancement Program.

The NDP would reintroduce the 30-year term for CMHC-backed mortgages to first time home buyers as well as doubling the home buyers tax credit to $1,500.

The New Democrats would implement a 15 per cent surtax on foreign buyers while also working with provinces to create a public beneficial ownership registry to increase transparency in an effort to stop money laundering.

The party has not released specific policy on this issue—but Leader Maxime Bernier has blamed high housing costs in Toronto and Vancouver on zoning regulations and high immigration levels.

The information in this article was drawn from the following sources: